* 248 Devices Online At The Same Time 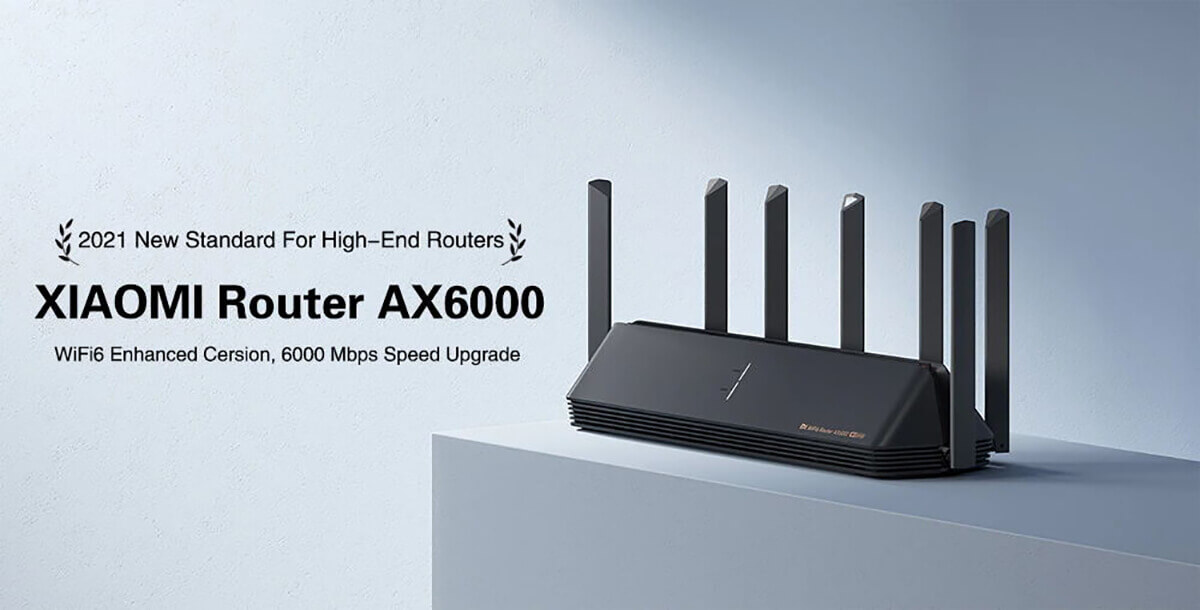 The bandwidth is like a highway. Congestion is inevitable when the conventional 4-lane lane encounters high traffic. The AX6000 doubles all lanes and doubles the speed directly. Even if multiple devices are connected, you can enjoy the ultimate experience of smooth traffic. 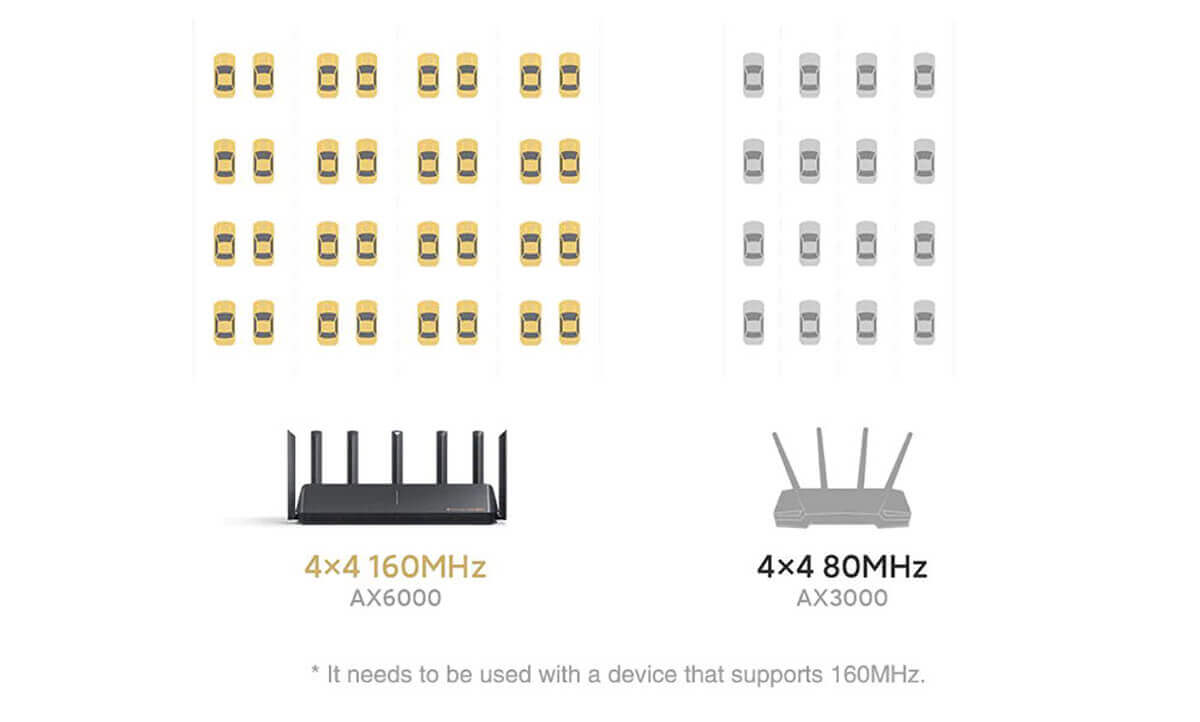 4K QAM technology can further compress data density and increase the amount of data transmitted at the same time by 20%. With a device that supports 4K QAM, the WiFi speed can be accelerated by another level. 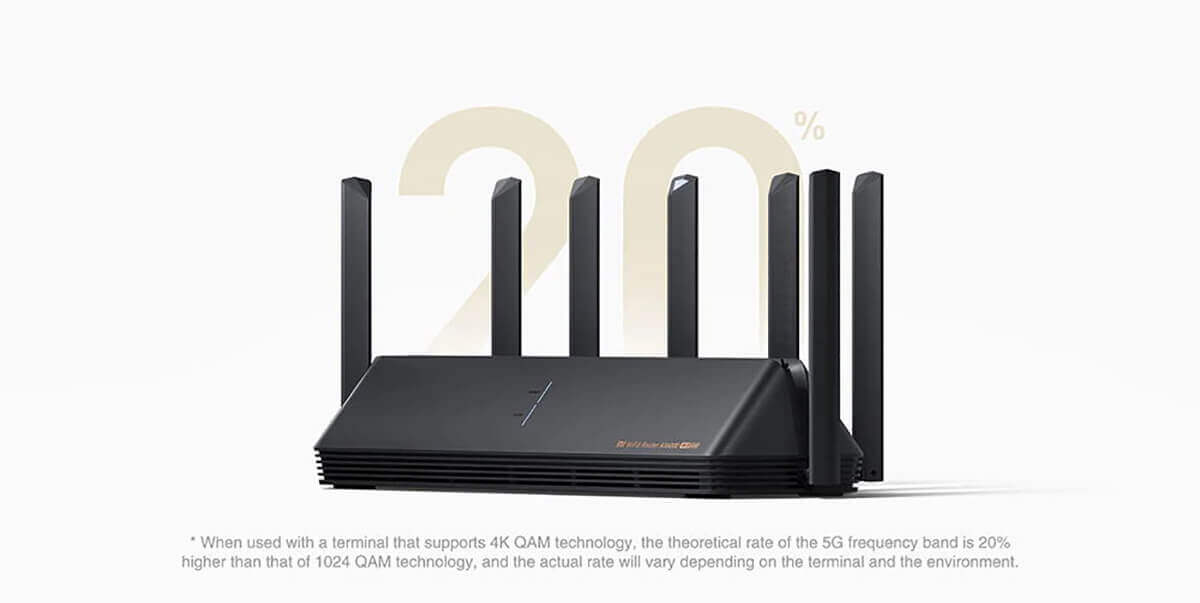 When the home bandwidth exceeds Gigabit, the Gigabit Ethernet port of the traditional router will become a bottleneck, and the 2500M Ethernet port can easily meet the needs of future broadband upgrades. At the same time, it supports WAN/LAN switching. When used as a LAN port, it can be used with NAS (Network Attached Storage) to form a high-speed family private cloud disk.

Simultaneous transmission of multiple devices, no interference between playing games and watching movies

The combination of MU-MIMO and OFDMA enables up to 16 devices to be sent in one transmission. Makes multiple devices faster and lower latency when used at the same time. 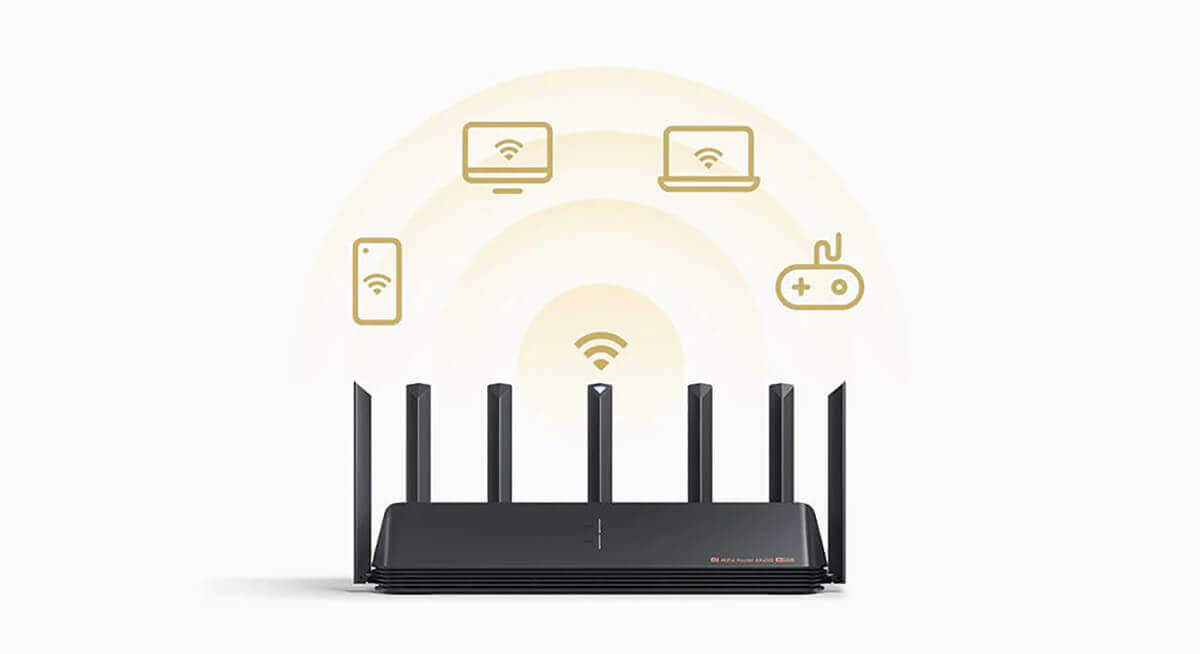 Every room also has a good signal

The independent signal amplifier can effectively enhance the signal transmission power and improve the signal receiving sensitivity. Make the signal of the router pass through the wall better, and cover a wider area. A single router can easily cover a large three-bedroom apartment. Tookfun 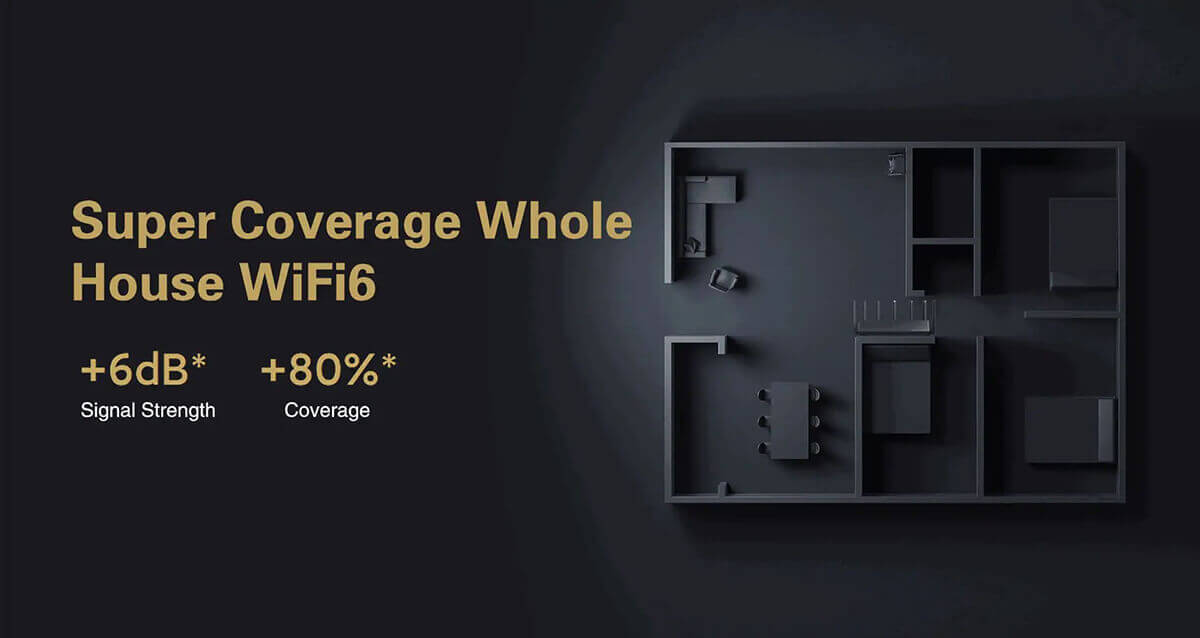 The multi-storey apartment is not afraid, the whole house WiFi signal has no dead angle coverage

Mesh technology enables multiple AX6000s to form a Mesh network, which can cover the entire house with super strong signals, whether it is a large apartment or multiple floors. The device can automatically roam between multiple routers seamlessly, and play without lag while walking.

Using a new generation of Qualcomm router chips, the NPU core (network acceleration engine), which is particularly important for routers, is added. The CPU core is used to handle complex calculations, and the NPU concentrates on data forwarding. Such a combination can solve data congestion and packet loss when multiple devices are connected, and reduce the network delay of the game.

248 devices online at the same time

Stable connection at all times

There are more and more connected devices at home, such as mobile phones, tablets, laptops, TVs, game consoles… and smart devices throughout the house. 512MB large memory is specially prepared for multi-device networking, stable connection and response at any time.

7 x 24 hours to calmly respond to bid farewell to frequency reduction and disconnection.

The top, sides, and bottom of the fuselage are equipped with heat dissipation holes to form a fast circulating heat dissipation channel. Keep the router that works 7 x 24 hours in an ideal state at all times, and avoid routing downtime and device disconnection due to overheating. 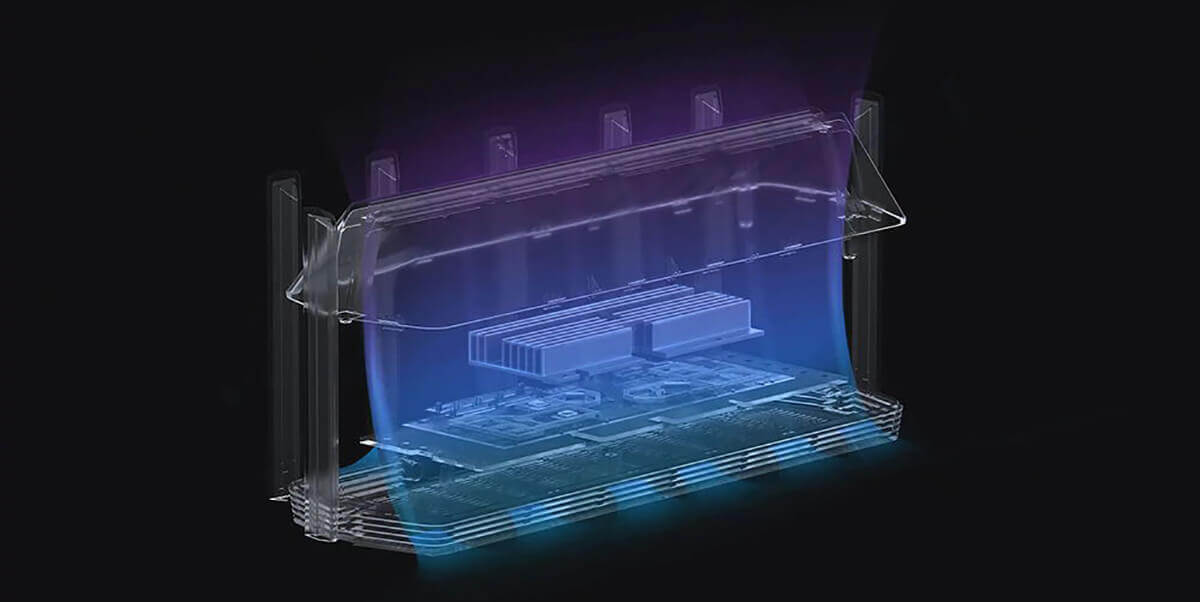 Smart device discovery, one-click network configuration, open the Mijia App, click on the “+” in the upper right corner to automatically discover the Xiaomi smart devices that are not equipped with a network, no need to enter a password, no cumbersome settings, one-click configuration of the network, simple The elderly and children at home can easily operate it. 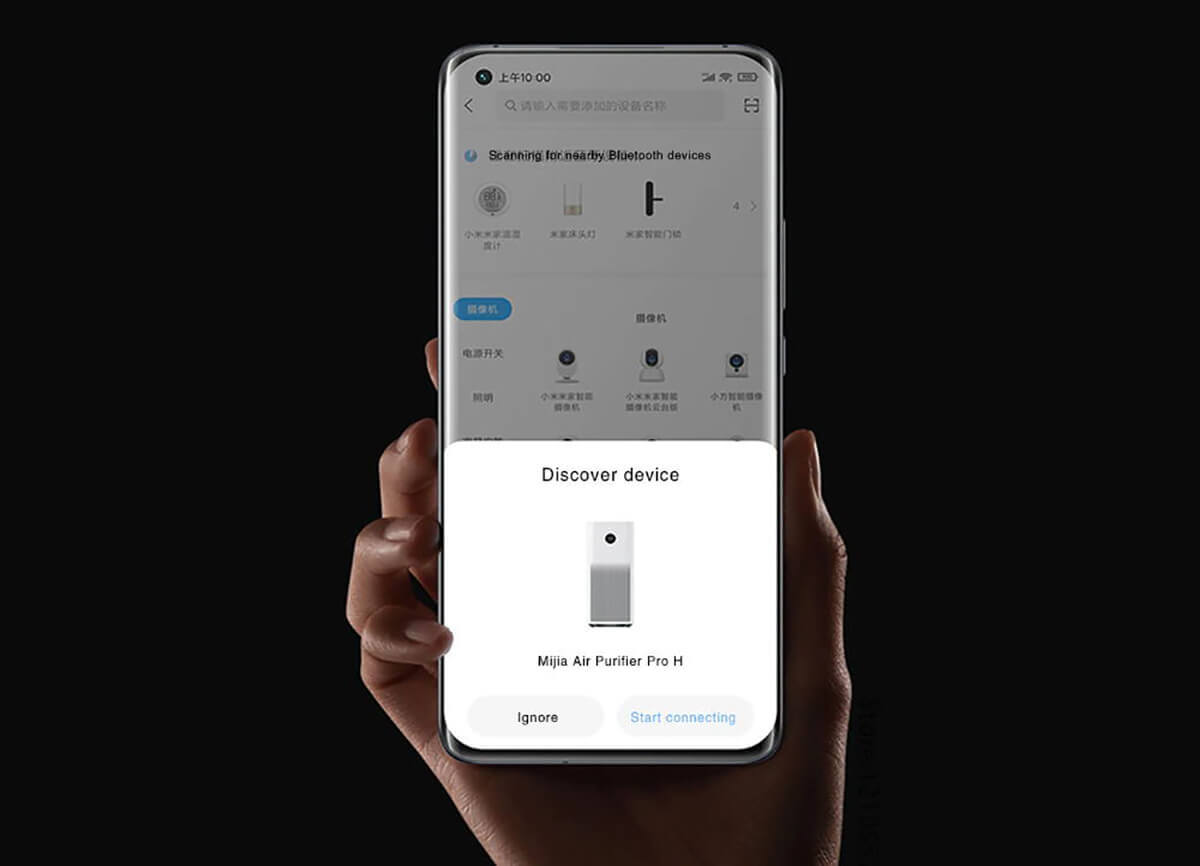 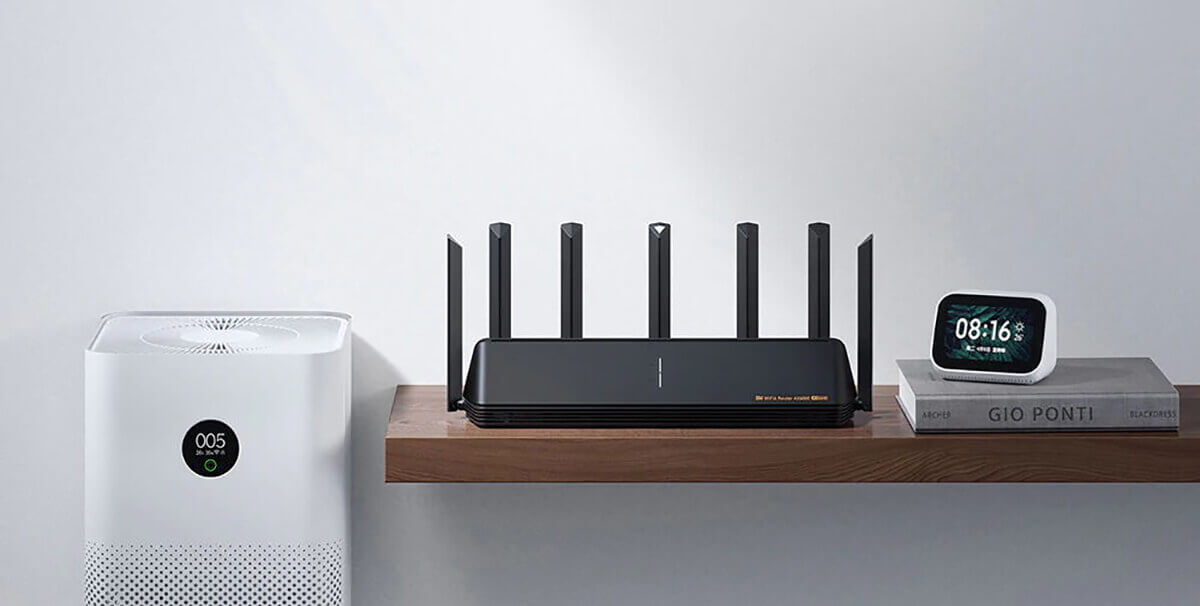 Speed up the game and play freely

When multiple devices are connected to WiFi, the router can intelligently identify your Xiaomi/Redmi mobile phone, and open the exclusive acceleration channel in the game scene, which significantly reduces the delay and lag of the game. 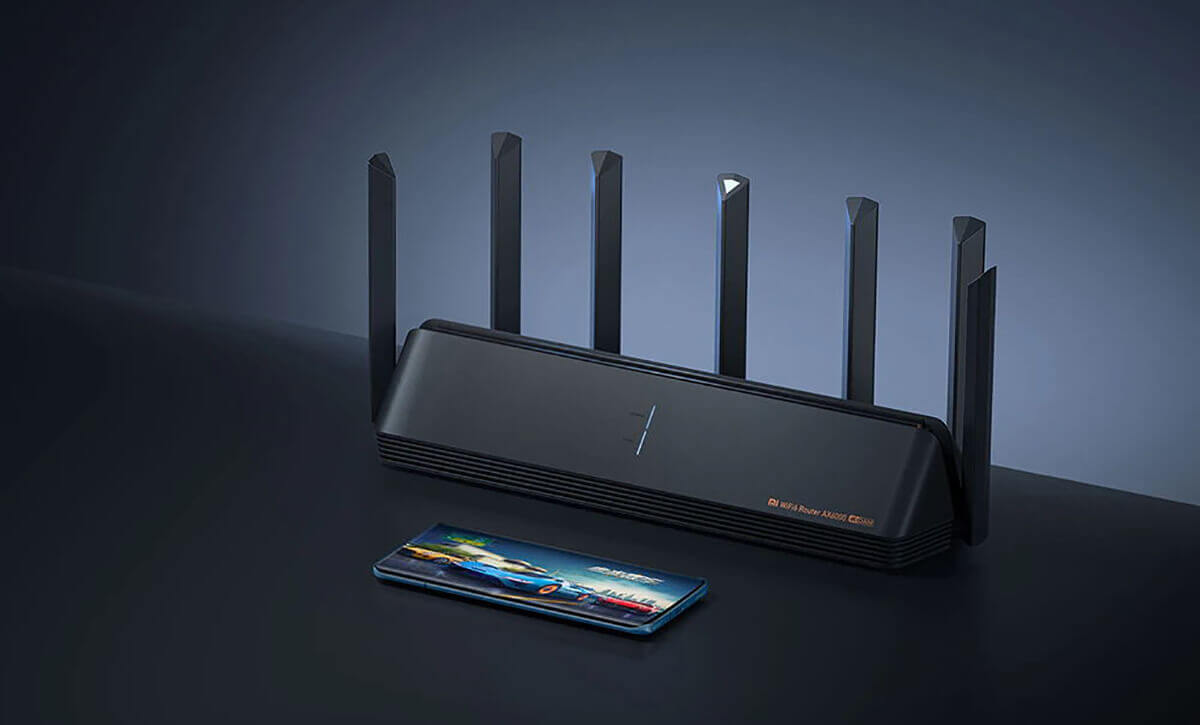 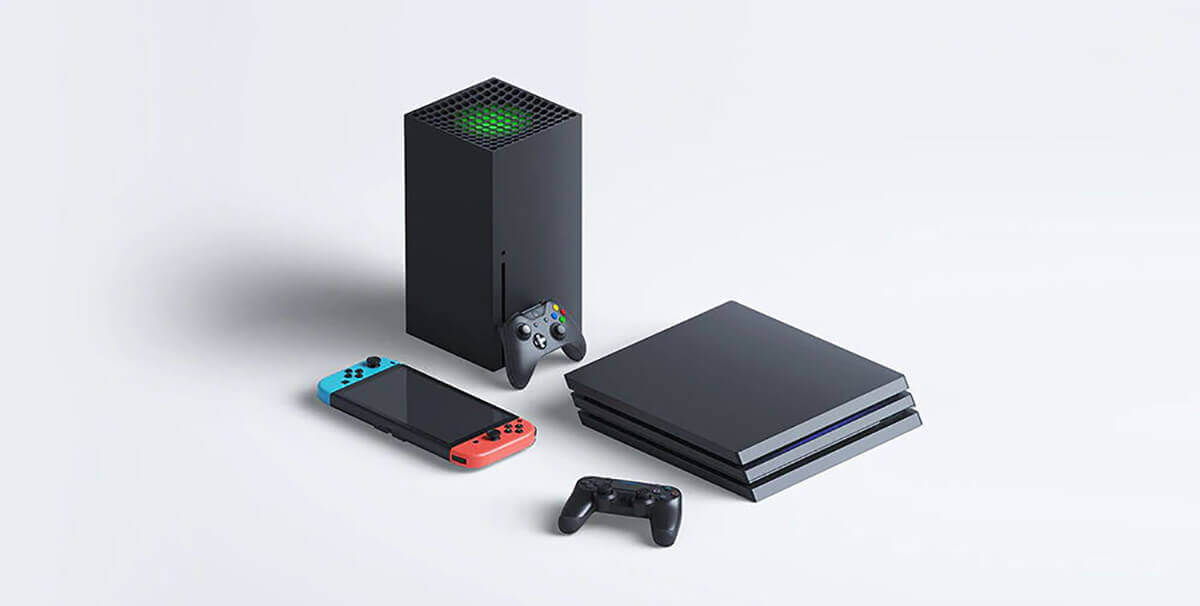 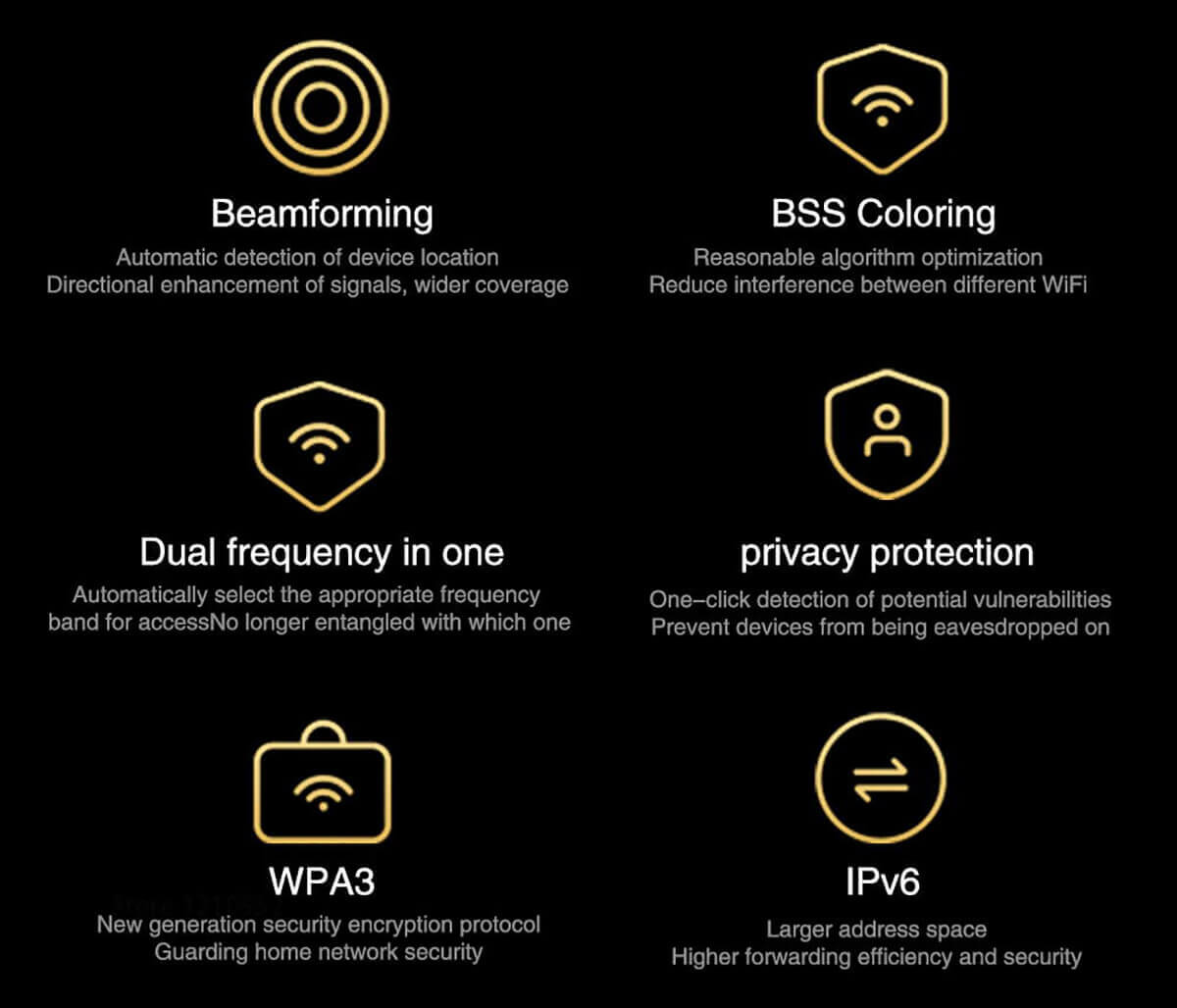 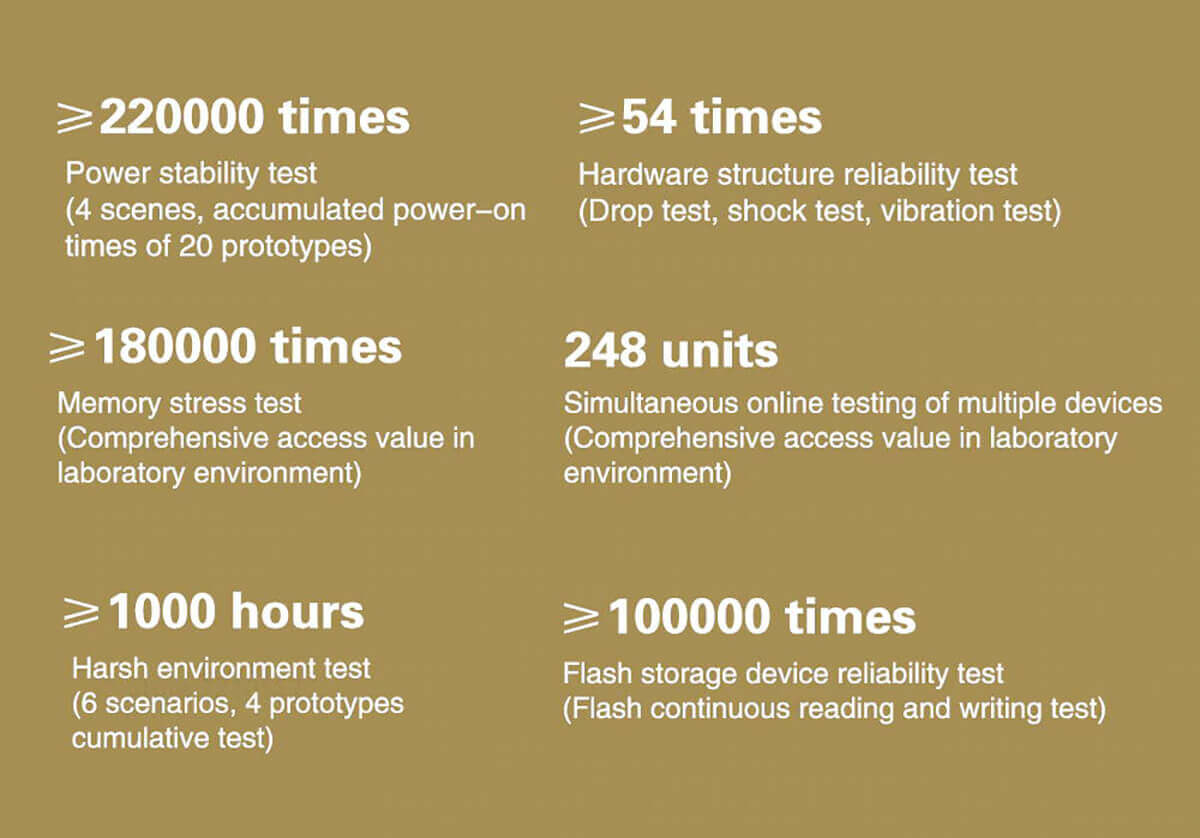 Do you have any question about the Xiaomi Mi AX6000 WiFi 6 Router?

Our Support Team Ready to 7 days a week

We accept online payment via Stripe