1. Your orders shipped with FeedEx. 2. Free shipping orders only USA over $200.

1. If you believe your package was damaged in shipping, we require that you contact us within 05 days of delivery and we will work with you to quickly resolve the issue. 2. We do not accept any returns after 45 days from ship date. 3. All refund recipients will receive and email confirmation for their records. 3. To cancel an order, please contact store as soon as possible. if your order has not yet shipped. we will refund yor payment as soon as possible. 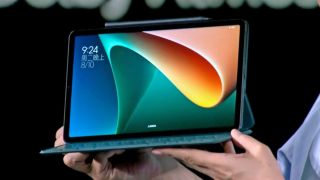 After months of rumors, the Xiaomi Mi Pad 5 is real: this is a close rival to Apple’s iPad Pro and it also comes alongside its own Pro model with some high-end specs. It was launched at an event in China, alongside the Mi Mix 4, a sound system, new TVs and more.

The Xiaomi Mi Pad 5 Pro is the real gem here, with loads of specs that legitimately do blow Apple’s devices out the water, but the ‘standard’ slate isn’t anything to turn your nose up at as its lower price will likely make it the more popular model.

Plus, the Mi Pad 5 series was unveiled alongside ‘MIUI for Pad’, a version of Xiaomi’s smartphone fork of Android called MIUI which is designed for tablets. This is a thinly-veiled rival to Apple’s iPadOS, which could bring useful productivity features.

We don’t actually know the global availability for the Xiaomi Mi Pad 5 series – or if it’ll be available outside China at all – but we can look at the Chinese pricing to get an idea.

Chinese conversions are often much lower than final prices in other regions, and we should warn you that Xiaomi products don’t go on sale in the US, but even still those prices suggest the Mi Pad 5 series won’t cost as much as an iPad Pro.

Oh, one thing though: unlike other Android tablets from Samsung and Huawei, you won’t get accessories with the slate such as a stylus or keyboard folio.

On the front the cameras are housed in the bezel, not in cut-out segments like on some other tablets.

In terms of looks, they look largely like Xiaomi Mi 11 devices that’ve been stretched out – that comparison is mainly in the camera department, with a similar-looking bump. Overall, though, this is a pretty usual-looking slate – you see one tablet, you’ve seen them all.

The slates are available in white, black or green, though the Pro doesn’t get the latter. They have four stereo speakers tuned by Dolby Atmos.

These aren’t the most powerful devices ever running Android, but they’re close.

The Xiaomi Mi Pad 5 uses the Qualcomm Snapdragon 860 chipset, while the Pad 5 Pro bumps that up to the Snapdragon 870 – both are powerful, and while they won’t quite provide the performance power of the Snapdragon 888 or 888 Plus, you might not notice in everyday use.

The software at use here isn’t quite MIUI, the Android fork that Xiaomi phones use, but ‘MIUI for Pad’, a fork of the fork in the spirit of Apple’s iPadOS.

The main changes here seem to be a greater focus on multi-tasking mode, with easy split-screening or app windows that you can drag about. An entertainment center was also shown off, though judging by the app choices, it could be China-only.

The slate works with a stylus and a keyboard folio, two types of accessory tablet fans will be well versed in. The former is used for note-taking and sketching, the latter is a case which doubles as a keyboard you can use for easy word processing.

There are some differences in the camera department. The slate has an 8MP front and 13MP rear snapper, and on the Pro that latter one is paired with a 5MP depth sensor. On the 5G version of the Pro, the main rear camera is actually a 50MP one.

The battery life is one department where the standard model of the tablet is actually preferable, though not by much.

The Xiaomi Mi Pad 5 has a 8,720mAh power pack, while the Pro drops that down to 8,600mAh. A difference of 120mAh isn’t much though, and might not be noticeable in day-to-day use.

Charging is an area in which the Pro easily wins though, boasting 67W wired powering. In comparison, the standard Mi Pad 5 only hits 33W, which is relatively slow, though it still beats most other tablets